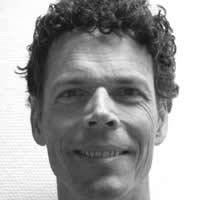 Bas Wijnhoven went to medical school in Utrecht the Netherlands. After obtaining his MD in 1997 he started a PhD program on the molecular and clinical aspects of oesophageal cancer at the Departments of Surgery and Pathology, Erasmus MC in Rotterdam. In 2001 he received his PhD with honor. In the year 2000 he started his general surgical training in the city of Delft and subsequently Rotterdam and was registered as general surgeon in 2006. From 2006 till 2008 he worked as a researcher and surgeon at the Department of Surgery, Flinders Medical Center, Adelaide, Australia. Within these two years he enjoyed a training program in upper gastrointestinal and hepatobiliairy surgery.

Since 2008 he is appointed as staff surgeon at the Erasmus MC Rotterdam and is program leader on oesophagogastric surgery. His clinical interests are benign and malignant diseases of the upper gastrointestinal tract. Research is focused on studies on clinical outcome after surgery for cancer and the molecular biology of Barrett’s oesophagus and oesophageal adenocarcinoma. In close collaboration with other departments within the Erasmus MC, preclinical and clinical studies on neoadjuvant treatment for oesophageal and gastric cardia cancer are another area of great interest.

Dr. Wijnhoven has a keen interest in medical publishing: he served as editor assistant for the British Journal of Surgery from 2008-2009 and is now editor-in-chief for Digestive Surgery.  He has authored and co-authored over 80 articles in national and international peer-reviewed journals. He is recently appointed as the Program Director of Surgical Training at the Erasmus MC and responsible for general surgical training in the Rotterdam area.